Philanthropic teen and children’s’ book author Alyssa B. Antoci is taking her passion to help children, parents and educators one step further. To bring kids and educators closer together on an important issue, Alyssa and her mother have started a grassroots-style crowdfunding campaign intended to place the anti-bullying book, The Purple Marble, into schools and libraries across the U.S.  Alyssa knows first-hand how important that dialogue is. She wrote The Purple Marble when she was just eight-and-a-half years old. Today, The Purple Marble is in more than a hundred and fifty schools, and the number is increasing monthly. Alyssa wants to see her book, which addresses breaking the cycle of bullying and the effects of it, used within each classroom, so it can serve to build and shape conversations about the often-difficult subject of bullying. 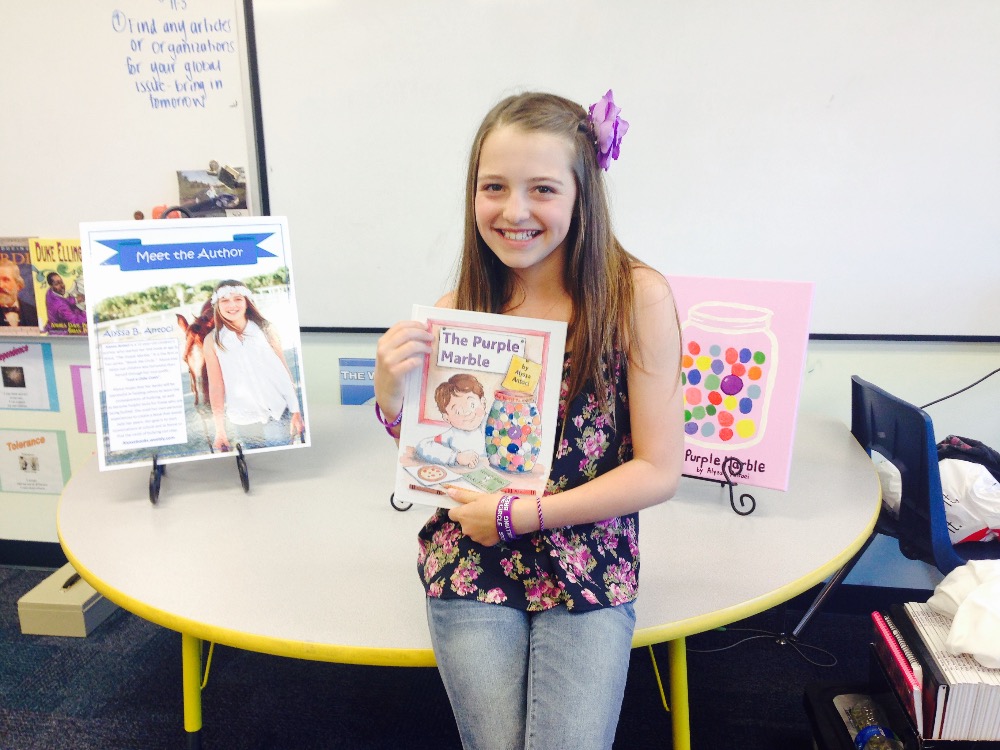 The Purple Marble was inspired by a member of Alyssa’s family, who was bullied because of his weight. Feeling isolated and teased, he felt his only choice was to eat lunch in a boys’ bathroom stall.  Alyssa was so saddened and affected by his story that she wanted to share it.  And when she herself experienced bullying firsthand by what she considered a friend, it really touched home in a relatable way. These true-life stories made indelible impressions in her young life. So with paper and pen, she began to craft a message of hope, by using her own personal experiences to create a book that would help her peers and inspire readers to look deeper. “I feel it is every child’s right to go to school without feeling bullied, scared, or intimidated”, Alyssa states.  While she always envisioned this story as a book, Alyssa never imagined early on it would be shared beyond her family. That is until an interested teacher and another author both felt the depth of the story and encouraged Alyssa and her mom to pursue self-publishing. Beautiful illustrations by Vicki Frazier propel Alyssa’s story along.

While The Purple Marble story is front and center, the book also includes a post-story review designed to educate and heighten awareness of bullying prevention. To support it, Alyssa thoughtfully wrote a list of discussion questions in the back of the book – as well as what each of the main characters learned from their experience. These discussion points serve as an intervention to reduce bullying and harassment, and are designed to enrich each student’s personal development.

While often misperceived as right-of-passage behavior, bullying is not. Alyssa believes everyone can step up to help break the circle, by calling it out, and talking about it. “Break the circle of bullying means that when someone is bullied themselves, that they do not go out and bully someone else. It becomes a vicious circle that doesn’t end, unless the bully, the bullied and the bystander all do something to help break this circle”, Alyssa states.

Alyssa continues to use her words and her voice. As time allows, she travels to schools in Central and Southern California as a motivational speaker. She shares her experiences as a young writer and advocates an anti-bullying and harassment message. Children like hearing about other peers experiences, like Alyssa’s, as it makes them feel they are not alone. Alyssa likes meeting with young readers, and she’s often approached to sign her book. She loves to hear that her book was read in the classroom, and learn about the home discussions it creates. Alyssa used to be a part of the junior rodeo circuit and competed in reining and then later started and competed in barrel racing.

The Purple Marble book was adapted into a one act musical by Pacific Conservatory Theater and performed through their Outreach Program to over 70 schools and in front of 22,000 students. “I love the depth of Alyssa’s narrative in her book, and the world of characters she created in which to tell this essential story. It reached me on a personal level and I knew this is one story that could reach many more students if it was told on the stage”, states Leo Cortez, Director of Education and Outreach with the company.  Alyssa also serves as a kindness ambassador for the Strength Behind Stars movement. It’s close to her own heart, as it was founded by her mother, Tiffany. The Strength Behind Stars program creates interventions, so adults and youth feel empowered to reduce bullying and harassment in schools. Alyssa serves as a mentor peer, and sometimes leads meetings that are designed to stop this preventable epidemic. 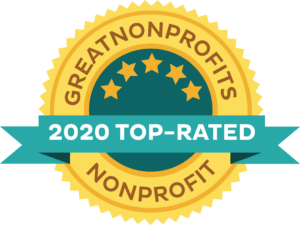